Comment are off
The British Association
a bad breaku, After a breakup, don’t get frustrated, key to a successful relationship, Starting a relationship with a woman 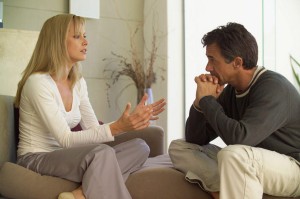 “Listen to all her problems attentively”

Maybe you had a bad breakup in the past; one with thrown possessions, tears, and accusations flying everywhere from both sides. They aren’t pretty, and they aren’t fun to deal with. Once you’re done with the relationship, you don’t talk to the woman you were with, so you don’t know how she feels. We’ll clue you in. After a breakup, women are extremely vulnerable, and no matter how many times they swear up and down that they’re done with dating and don’t want anything to deal with a man again for a long time, they actually want a relationship even more than they might have wanted it before. After being hurt so badly, they want someone to prove to them that not every relationship is as terrible as the one they just left. With that being said, there are a few guidelines you should follow for catching a woman “on the rebound.”

Be Respectful of Boundaries 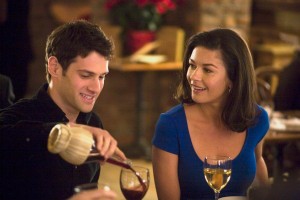 “Show her care and do not cross any boundaries”

Although she really wants a man to show her that not everything hurts like she’s probably feeling it does right about now, she’s still going to be a little hesitant. Shy and reserved, she will have certain topics that you shouldn’t ask her about even if you do want to figure out what happened so you can help (and know what not to do). Be respectful of the fact that she might not want to open up about everything that happened and don’t be worried that you hardly know her. She’ll open up about it in time. Starting a relationship with a woman on the rebound requires no small amount of patience.

Comfort Her When She Needs It

One of the most important things you need to show her during this time of heartache is that you’re there for her. No woman want a man who isn’t interested in her problems and shies away from talking about the serious topics. If you’re a very affectionate and an understanding guy, it’ll be good for you because it means lots of time spent curled up on the couch with her head on your shoulder as she talks about her worries or long nights in bed together discussing things. Being with a woman on the rebound can either stay casual or get serious very quickly, depending on the woman.

It can’t be stated enough that the key to a successful relationship with a woman on the rebound is to not rush her. It goes along with respecting any boundaries she might have for not talking about things, but it’s a little more than that. If she seems a little like she’s blowing hot and cold, don’t worry. You can’t rush her past that stage, because it’s natural for any woman who just got out of a serious relationship to act like that. One minute they’re sure of what they want, the next they’re scared it will end just as poorly as the last one. Be patient with her and don’t get frustrated if she seems a little distant for a day or two. Eventually, she’ll warm up to you and you’ll get a chance to show her that not every relationship is horrible.

Charismatic but Not Creepy: Club Etiquette