How to Successfully Take a Girl Home from the Pub

Comment are off
The British Association
ignoring others, make a move on he, make yourself handsom, turn her off
Sometimes the best ways to get with a woman is to find her at the local pub and take her home for a good night. That’s easier said than done. There are a few factors that go into successfully taking a woman home from your local pub.

We’re not talking about eye color and facial features. If you look creepy or desperate, that’s an immediate no-go for any lady at the pub. She’s there trying to have a good time with her friends; if she feels so moved by a handsome fellow, she might go home with him, so make yourself handsome even if you aren’t. Put some effort into the clothes you’re wearing and the way your hair looks. If it’s just a night out with the guys, then it doesn’t matter as much, but you’re looking to get laid, the extra effort will pay off in the end. 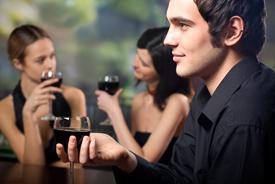 “Note her reactions and get some clues about what she likes”

One of the biggest follies guys make when they head out to the pub is to pick the hottest woman in the room and make a move on her. You’re aiming way higher than your league. Stay within your attractiveness level. This doesn’t mean that you have to aim low, you can go for a woman whose better looking than you, but just stay within a reasonable field of her looks compared to yours. Take note of how much she’s had to drink as well. A girl who’s hammered is more likely to go home with you, but also more likely to throw up once you get there.

Have You Been Watching Her?

Not in a creepy way, but have you been studying her movements? You can learn a lot from how a woman acts towards those around her. She might be very giggly and social or she might be returning to a certain corner and ignoring others. Maybe she’s watching the game on the T.V. Now you have a clue; she likes sports. What songs does she dance to when they come on the jukebox? Compile a little mental note every time you see her enjoy or dislike something. That way when you do finally approach her and start a conversation you have something to talk about other than her outfit or reason for being out.

How are You Going to Ask Her? 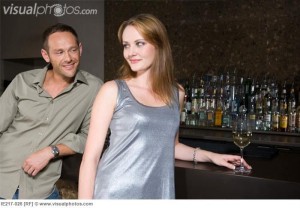 “Approach her with confidence”

Obviously you don’t want to come out and say “are you ready to get down tonight?”. A lack of tact will turn her off faster than spilling a beer on her. Instead ask what the rest of her plans are for the evening. When she lists off the exploits ahead, take note of any invitation or inclusion of you in her plans. “Maybe you could come with us to…” or “Well, I’m doing all of these things but maybe afterwards you and I could do something” are great indicators that you have got a green light for the night. If she doesn’t include you, try to ask her if she wants to do anything when she’s done with her friends. Her answer will tell you if you’re going to get lucky tonight.