Impress Her by Faking a Foreign Language 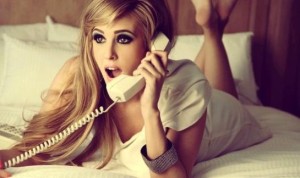 “Talk to her in a foreign language”

It’s no secret that women love a man with an accent. Not only does the accent make them sound sexier than what a woman is used to, it also implies that they know a foreign language. It doesn’t matter where the guy is from; as long as he can talk dirty to her in his native tongue, she melts like butter. How are we at the home base supposed to compete? Easy, fake knowing a foreign language. Even if you aren’t actually from somewhere else, you’ll still get the foreign tongue effect. How do you go about faking a language? Here’s how:

French, Spanish, and Italian are the go to panty droppers when it comes to languages. There are tons of free sites online like Duolingo that take you through learning a new language. But we were talking about faking it. Yes, we were, but in order to fake it you do need to have some sort of a basis. Take the first few lessons and get them down pat. Some of the words will be universally known so you may not even have to work that hard at it. Now, mix up the words. It doesn’t matter what order they’re in so long as you can make it sound like a full sentence that means something. Choose enough words to cover any repetition she might hear. As she’s listening she won’t actually take in a word you said for more than a few seconds.

There is a little danger with picking a well-known language since she may actually know tidbits of it herself. If you’re willing to learn something like Gaelic or German there will be a much slimmer chance of her catching you sexily spewing “The girl went to the bakery”. The only difficulty (if you could call it that) is that you’ll have to remember a strange pattern of words that sound far more foreign than the romance languages of French, Spanish, and Italian. The lilt or flow of the language will disguise any words that you use multiple times. Do your best to make whatever words you’re stringing together sound meaningful because she most likely will want to know what you’re saying to her. When she asks how to say a specific word either make one up or tell her there’s no way to say that in (language here). The only issue with making up a word is that you’ll have to remember it for future use.

What if She Wants You to Teach her Your Language? 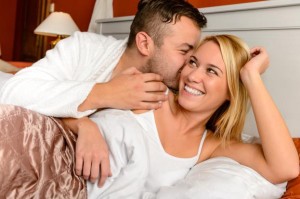 “Teach her the sexual language”

Most women like to entertain the idea of learning the language you know. When she asks you simply tell her that you’re not a very good teacher and wouldn’t feel comfortable trying to do it. She may question how you learned so that you can just teach her the same way. Make up a story about having a roommate or classmate who knew the language and they gradually taught you, so it was very informal. Also mention that you can only speak the language, not read it. She’ll never be able to prove you can’t speak Estonian!