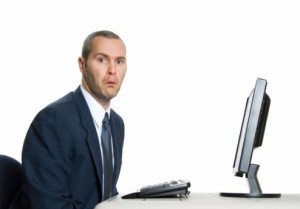 It’s a common thing to do these days, even right after meeting someone, since 99% of the world owns a smartphone, people often friend others on Facebook right then and there. The thing is, you don’t always want to friend a woman you have hooked up with on Facebook because then she has 24/7 access to you, even if it’s limited. Facebook is like a necessary evil. It functions as a way for friends to invite you to events, keep up with both close friends and acquaintances alike, and everyone is on it, including family, coworkers, and old friends. There’s a lot of things that could go wrong, so here are a few tips to avoid problems by connecting with a sex partner on a social networking site.

Preventing Catastrophe Before it Happens 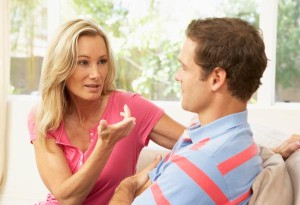 Is it possible to prevent this before it happens? Yes, but you have to do it tactfully, which means diverting the conversation away from the topic of Facebook. Also, don’t take out your phone when you’re talking to her whether you’re on a first date or at a bar, that way, if she asks for your username or profile URL, you can make up a reason why you can’t fulfill the request right then. Say your phone is out of batteries or that you have no signal (make sure your ringer is off). Just tell an outright white lie and you might be able to get out of it. You can’t just outright say no because that will result in possibly burning a bridge.

Why “Restrictions” are Your Friend

If she does succeed in getting you to friend her, then put her on the “restricted” list on the privacy page. Your Facebook friends that are on the restricted list don’t see anything you post that’s not public. When you make a post, you can choose who can see it and who can’t, so make sure she can’t see your posts. Also, make sure to post at least a few publicly visible entries, so she’ll see them on her feed and not figure out that she’s on the restricted list. Although other users can’t tell which lists you have them on, so she’ll probably start getting suspicious if she sees absolutely no activity on your Facebook. You can also fall back on “I never use Facebook” since that’s also a common response. Most people have Facebook, but not all users actually actively post things on a regular basis.

The number one Facebook faux pas is posting photos of you with another girl you’re hooking up so that the original hookup can see. It’s possible she won’t care, but it’s not worth the risk when it can be easily avoided by keeping your Facebook content private. We actually would suggest that, just in general, doing that. Any employer or other user can go to your profile and see what you’re up to if the posts and activity are public, and unless you keep your life squeaky clean and no one ever takes photos of you, keep your hookup as distant as you can online.