The Decorum of Social Media and Your Hookup

Comment are off
The British Association
avoid social media drama, Facebook etiquette, reject the friend request, you met a woman 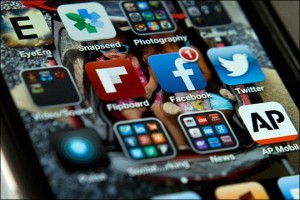 In this day and age, after you hook up with a woman, the question is no longer solely about whether or not you’ll call. You have lots of other things to consider now, like Facebook or Instagram. The questions have started to take the form of, “Should I post all those photos of us last night before we hooked up? Will she be offended?” For example, if you met a woman and you hooked up after a fun night out, and she took a bunch of photos, she might post them. The next step in that equation is her finding any mutual friends you share, and asking for your Facebook info so she can tag you (also known as an excuse to friend you on Facebook). You need to establish some ground rules, both for yourself as well as the women you hook up with.

To Friend or Not to Friend

A woman you hook up with who sends you a friend request on Facebook can be handled in a few different ways. If you’re relatively sure you’re never going to see her again and you share no mutual friends, just reject the friend request after a few days. On the other hand, if she’s an acquaintance and you do share mutual friends, accept the request, but put her on restricted. You can also de-friend her later if you don’t see each other again, and she probably won’t even notice. As juvenile and silly as it sounds, people of all ages take Facebook etiquette very seriously. 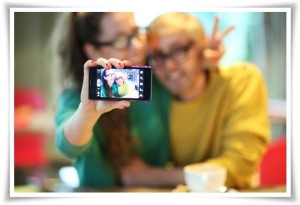 “Do you want her to tag you on Facebook?”

An excellent way to avoid Facebook drama and attempted connections is to avoid having your photo taken. That’s the number one way women get your contact info: they want to tag you. This photo entanglement can happen in almost any setting, ranging from a drunk night at the club to a friend’s wedding. There’s always someone who wants to document the revelry and then post it online. Stay out of the photo frame, and you’ll probably be able to avoid social media drama.

When It’s Okay to Say No

Most people expect you to be polite about Facebook. Being friended on Facebook isn’t a big deal, or at least it’s seen that way. Obviously if you don’t want to be tagged in a photo, no one is going to blame you, but rejecting a friend request has a social stigma. You have to be subtle when you reject someone’s friend request, using a combination of feigned ignorance and judgment about whether or not you’ll see someone again. On the other hand, there are times when it’s socially acceptable to just say no. For example, if a woman wants your Tumblr URL in order to follow you, you can just outright say no. If she wants to know your Instagram name, you don’t have to give it to her. No one is going to judge you for drawing the line at those types of social media sites. It’s almost stranger that she’s asking you at all for your Instagram URL, than you withholding it.