Types of Pictures That Women Like to See on Your Profile

Comment are off
The British Association
a little more personality, going to bore her, relationship gets seriou, your Facebook page 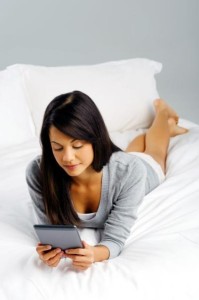 Pictures are easily the most important part of any online dating site profile. Yes, the boxes with the questions that you answer and fill in are important because women want to read about you, but what will really interest her in your profile are the photos you put up for her to look at. Though, don’t go overboard. There’s no reason to treat it like your Facebook page and upload any photo relating to you in the slightest… but you don’t want to just have one picture because then she won’t be interested.

Most men recommend between three and ten pictures as being the best for your profile. That’s a good number to have without seeming like you’re arrogant and do nothing but take photos of yourself. It’s also enough so she’ll have a great idea as to what you look like. With this, there are always concerns into what kinds of photos are the best options to have on your profile. They should be centered on you and they should show aspects of your life and personality in an easily viewed light. 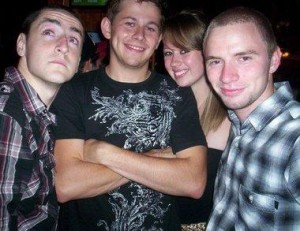 “Do not put group pictures on your dating profile”

Women are there to see pictures of you. They don’t want to see pictures of the team you play sports with on the weekends, and they don’t want to see a photo of your entire family from the last Christmas. Those types of photos will come later, once the relationship gets serious and she meets your friends and family. For the time being, some cropping is going to be necessary. Edit out everyone in the photos who isn’t you, so the primary focus when she looks at the profile is you. If your friends are attractive, too, why would you post a photo with them in it? Why would you put yourself in the position where she might be more interested in the other guy in the photo than she is in you. Including photos of guys other than yourself is just setting yourself up for failure, so make sure that you’re the only one in your photos. The only exception to this rule is if you have children and you want to make it clear to any women who might be viewing your profile that you do have kids.

Pictures of Your Personality

She wants pictures that show who you are. Just posting what is essentially the same photo of you over and over is going to bore her to death. You only need one picture that you took of yourself in your bathroom mirror, and even one might be pushing it. Try and make sure there’s a good balance of these “portrait” type photos alongside a few of you doing activities you like. If you play on a sports team, include a photo of yourself after you won a game and you’re celebrating. If you have a hobby that involves creating art or a craft of some kind, take a photo of yourself with that. It puts a little more personality into your photo than they would have normally, and any woman looking at your profile will really enjoy that.