Comment are off
The British Association
a good body, a male model, Hugh Dan, muscles in your legs

As a general rule, men don’t think much about what we put on under our pants. If we’re being perfectly honest, unless it’s a date, a funeral, or work, we don’t really tend to think much about the pants either. However, if you’re looking to score, what you are wearing under your pants can actually matter. We got the skinny on skimpies by interviewing some of the ladies at our local bar. They made us realize that they care just as much about our unmentionables as we care about theirs. 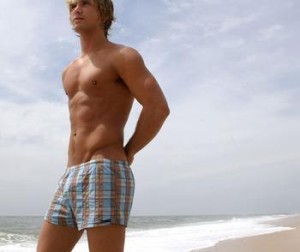 ″I’m torn on boxers″ Samantha admits. ″On one hand, if the guy has a good body, low slung boxers give me a great view, on the other hand, it’s hard to see what he’s – you know – working with.″ She added the last part with a blush, but we know what she meant. The good thing about boxers is that if you’re built up top it shows that off. If you aren’t working with a lot of muscles in your legs, it also tends to hide that fairly well. The other thing that we love about boxers is that they are easy to take off and easy to put on. They are also easy for women to steal, and if there’s one thing we love looking at, it’s hot women in our boxers. 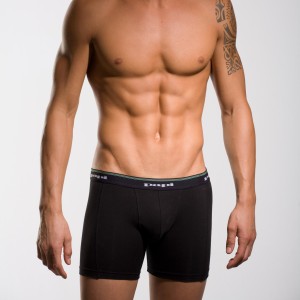 The women we were talking to brought up that boxer briefs were sort of the best of both worlds. ″I love the way it makes my man’s butt look″ Amy told us. ″He’s got a really nice ass.″ After a moment of our confusion we were informed by the table that yes, women really like asses. Boxer briefs leave little to the imagination and most women prefer it that way. One of the ladies actually stood up and helped one of us adjust his jeans to show the top of his band. ″Wear a color too, that way we look at it,″ was the extra advice.

Women are drawn to colors it seems, as well as asses and other assets. So much for delicate flowers. While it’s rarer that a lady is going to snatch these up to wear them, we’ve seen one or more girlfriends rock it out in our underwear. The bottom line is they want to see them before they take them off.

We were a bit hesitant to ask about tighty whities and that’s with good reason. The women weren’t exactly attracted to the look. It was a general consensus that unless they were brand new and brilliant white, they looked dingy. Darker colored briefs are always the way to go, but even then, the women were more reminded of speedos than underwear. Unless you’ve got the body of a male model, the odds of your lady really being drawn to briefs is pretty slim.

For our little experiment, it seemed like boxer briefs were the top underwear choice for women, followed by boxers. They aren’t exactly floored by briefs unless the guy ″looks like Hugh Dancy″ we were told. So there you have it, gents. Maybe now is a good time to clean out that sock drawer.