What to Do When She Wants to Share Feelings

Comment are off
The British Association
a serious relationship, deal with her feelings, hurt feelings, it might be time to end things 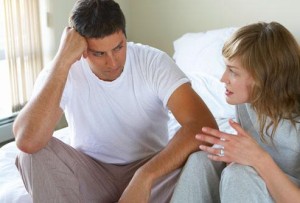 “Listen what she has to say”

When you have hooked up with a woman more than a few times, she may fall victim to your charm and start to have feelings that go beyond a little fun in the bedroom. Even if you have been open and honest from the start that you weren’t looking for anything serious, sometimes women can’t help themselves, especially if they find a refined man of your caliber. There’s no reason to be unkind about it. It’s also a tipoff that it might be time to end things if you have no intention of getting more serious with her. How you handle the dreaded feelings talk is dependent on when, where, and how it comes up. We’ve all been there – from the shock when post-coital bliss turns into an unexpected grilling, to a random outburst at dinner about “feelings.” Here are a few tips on how to let a woman down easy.

First Hear Her Out

If you’re not interested in taking the relationship any further than a casual hookup, don’t pretend that you do. Being wishy-washy is only going to result in drama and hurt feelings, and assuming you were honest going in (which you always should be with a hookup), you’ve done nothing wrong to her. Be honest and say upfront you’re not looking for a relationship, and that although you have a fun time with her, you’re really just interested in sex. Sure, you might have to deal with hurting her feelings, which is never fun to see, but it’s better to stop delusional expectations before they start. As always is the rule of thumb: avoid drama at all costs. 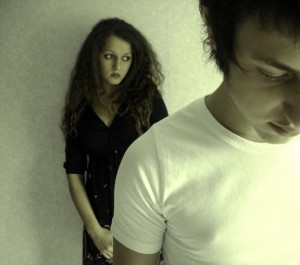 “Move out of the relationship instead of hurting her later”

Now that she’s confessed she’s interested in something beyond hooking up, you can’t just continue as you have been. Even if she’s a gorgeous woman and the sex is incredible, things will only escalate, regardless of what she says. She might try to deny it, and say that she can deal with her feelings, and that you both should just keep doing what you’ve been doing. Under no circumstances agree to this, because the longer you’ve been sleeping together, the more those feelings are going to build up and then explode. It may not be ideal, but when unrequited emotions come into play, it’s time to end it. Do it quickly and be frank – preferably in the same conversation she first says she has feelings for you that go beyond the mattress. Don’t soften the blow by being indecisive, because she’s going to take it as a sign that maybe you have feelings you’re not addressing. You want to send a clear message – if not for your own good, then for hers – but try to avoid devastating her if possible.